All posts in Culture 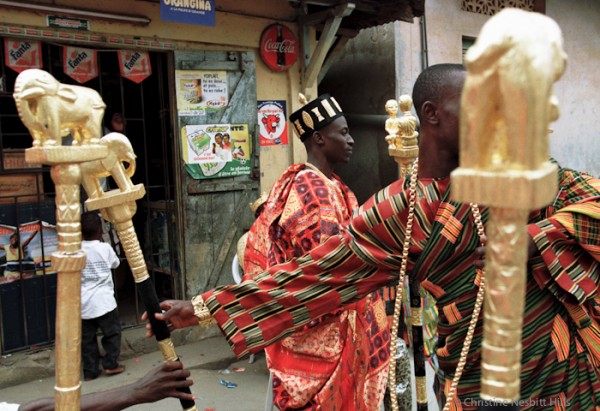 Ivory Coast — Abidjan is situated around a lagoon. The lagoon, several kilometers inland, starts at the Ghanaian border and stretches for 300 kilometers along the entire eastern half of the coast of the Ivory Coast. The lagoon takes it’s name from the Ebrié people, one of over 60 ethnic groups amongst the country’s 13.8 million people. The Generation Festival (Fête de Generation) is celebrated once every three years in Ebrié culture. Blokosso was originally an Ebrié village until Abidjan grew and enveloped it. The Tchagba Agban category celebrated their Generation Festival in Blokosso during the first week of August 1998.

END_OF_DOCUMENT_TOKEN_TO_BE_REPLACED 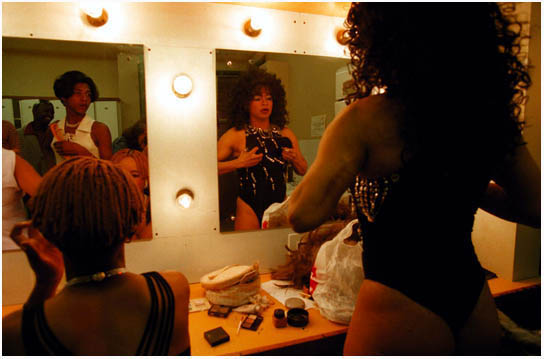 South Africa — The Miss Gay Gauteng pageant, open to cross-dressing gay men, was held in the Witwatersrand Theatre in Johannesburg in 1997. This sort of pageant is usually very well supported when held in a local nightspot frequented by Gauteng’s gay community, but local theatre going audiences failed to pack in the theatre.

Poor organisation and weak marketing combined with a handfull of spectators led to the pageant being postponed for many hours. None the less, the participants applied make-up and costume and tried to choreograph the show whilst waiting for the show’s organisers and judges to arrive. Many finishing touches to make-up were applied and re-applied and costumes made just right and tales were swapped as the contestants refused to give up on the hope that the crowds would soon be in to see who would be crowned queen.